Get fresh music recommendations delivered to your inbox every Friday.

by Church Of When The Shit Hits The Fan 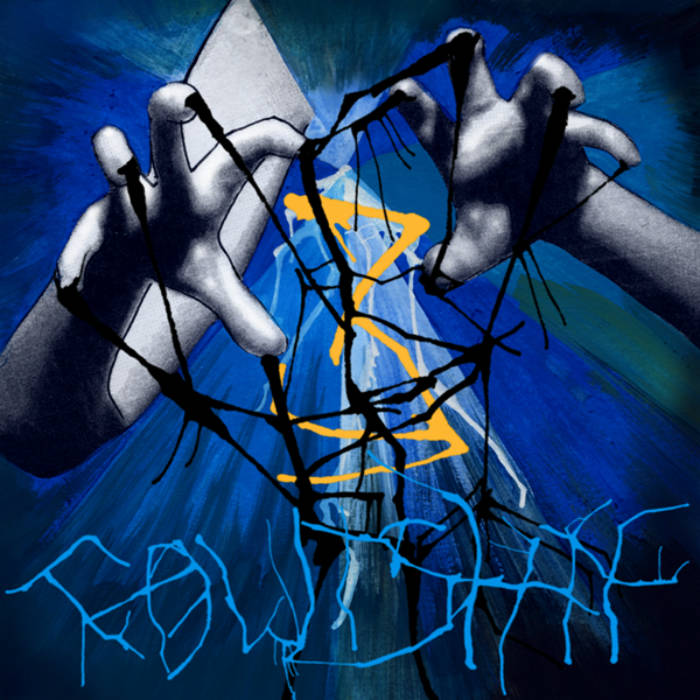 From their arcane origins - “Long rumoured to be a dangerous cult operating on the fringes of decent society and dating back to approximately 1666AD,” according to their bio - to their breezeblock, doomcrunk beats, Church Of When The Shit Hits The Fan are a rap group like no other on the UK scene. Featuring the forward-thinking, upfront electronic production of Asthmatic Astronaut and the literate, dark pantomime wordplay of rapper and performer Harlequinade, their Lovecraftian, science fiction take on hip-hop is by turns brutal and satirical, thrillingly experimental and packed with dope hooks.

HYDRONOMICON reprises the themes of Harlequinade and Asthmatic Astronaut’s 2011 Edinburgh Fringe show of the same name, telling the story of a world swallowed by rising tides and endless rain. LAUGH TRACK sees AA laying down a bass-led, low-slung electro cut as hQ effortlessly assasinates pop culture and philosophical targets. On the Tom Waits-meets-Anticon swagger of LILITHS GARDEN, hQ ponders paradise and eschaton as AA lays down swathes of electric guitar and ringing synth lines. On the album’s baroque centrepiece PINOCCHIO ENGINEERS, AA pushes his production further than ever before, constructing an eight-minute symphony that moves through sinuous post-dubstep, urgent dub techno and effortlessly cinematic, violin-led transitions, soundtracking hQ’s twisted take on the story of the puppet who wanted to be a real boy…

"...enact THE LAUGH TRACK, the clown protocol, set all pies to splat..."

In recognition of his eldritch-charity and community outreach tentacles
on behalf of COWTSHTF, THE LAUGH TRACK is hereby bestowed upon TICKLE
marking his ascension to pristehood.

"...halo'd by attending insect swarms, we stitch together hair and bone..."

Words from 'Twin Peaks' and 'Protect Ya Neck' have been re-appropriated
for sacrifice to the CHURCH's higher purpose.

Church Of When The Shit Hits The Fan Scotland, UK

Contact Church Of When The Shit Hits The Fan

Bandcamp Daily  your guide to the world of Bandcamp

Damu The Fudgemunk shares his recent collab with Def Pressé, plus jams from Common and more